Statement of Solidarity with Unifor Local 222 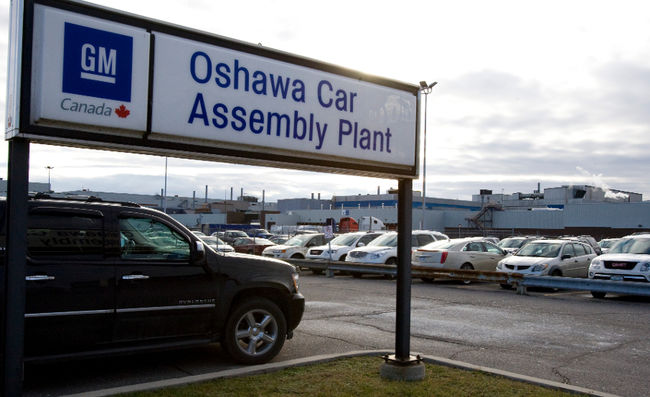 We Are Oshawa would like to express our solidarity with all workers in General Motors’ Oshawa Assembly Plant. As we fight for decent work through the $15 & Fairness campaign, we recognize the critical importance of protecting existing jobs that support thousands of workers and their families in our community and throughout the region.

General Motors has enjoyed a century of exorbitant profit on the backs of several generations of workers in Oshawa, and only exist today because of lifetimes of workers sacrifice and the enormous $10,000,000,000 bailout from Canadian taxpayers. Through ruthless exploitation of workers toiling in poverty around the globe, General Motors has once again shown their complete lack of corporate responsibility.

As they threaten the livelihoods of 33,000 workers throughout the plant and their supply chain in the region, we stand firmly with Unifor Local 222 in opposing this corporate arrogance, betrayal and greed. Not only do they threaten workers, but also the most vulnerable in our community who depend on critical social services funded in part through the tax revenue generated from plant operations.

We join our sisters and brothers in demanding new product allocation for Oshawa ahead of collective bargaining this fall. We absolutely oppose these shameful hostage bargaining tactics and guarantee our support and action should these workers find themselves on strike in October.