We Are Oshawa Claims Victory Over Minimum Wage Hike 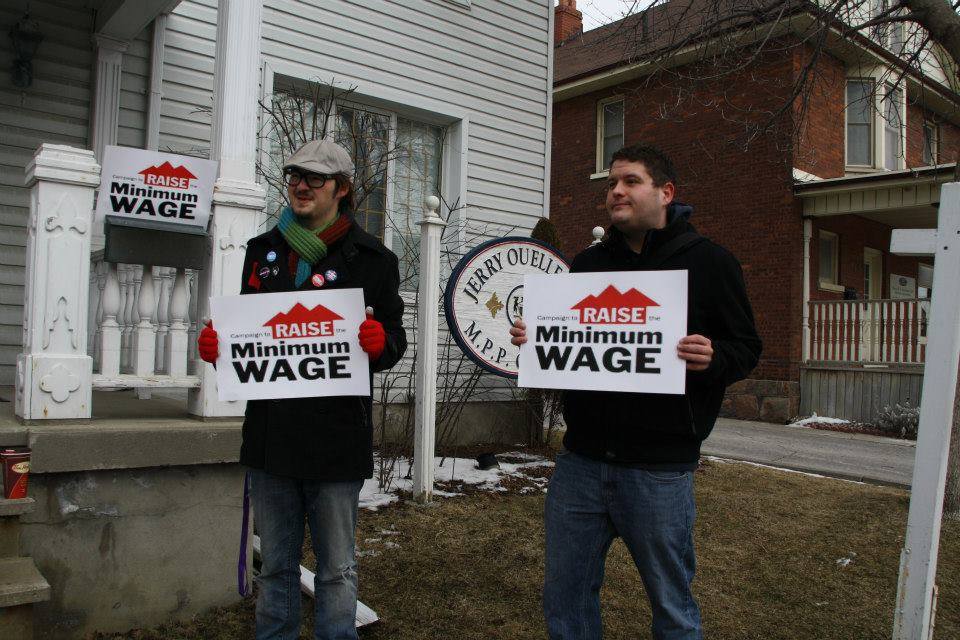 OSHAWA, ONT (March, 2014) – Local citizen’s advocacy group, We Are Oshawa, is claiming victory after the Ontario Government announced an increase of the minimum wage which has been frozen since 2010. Through persistent local advocacy, in partnership with other labour and community organizations across Ontario, We Are Oshawa is glad the Wynn Government has listened to some of the concerns of the people of Ontario.

However, the increase does not go far enough or come fast enough, said Jesse Cullen an organizer with We Are Oshawa. “If the Liberal Government was serious about pulling working families out of poverty, they would have increased the minimum wage to $14 immediately. While we welcome the decision to tie future increases to the CPI, I’m afraid this increase is too little, too late. Just last year, in responding to a study on precarious employment authored by the United Way and McMaster University, Premier Kathleen Wynne made a commitment to Ontario workers to develop a decent work agenda. Today, the Premier had a real opportunity to make good on that promise by ensuring that a full-time job is pathway out of poverty – not a poverty trap.”

We Are Oshawa has worked in solidarity with labour and community groups across Ontario for the past year to advocate for an immediate increase in the minimum wage to $14 and tie future increases to the CPI. We Are Oshawa are a non-partisan local group of concerned citizens working for progressive change.