We Are Oshawa Hosts Fairness Forum for Decent Work

In the spring of 2016, members of We Are Oshawa voted to join with workers, students, and activists across Ontario to Fight for $15 and Fairness. In Oshawa, we have watched as our local economy has shed thousands of good, full time unionized jobs which have been replaced by low-wage, precarious work. In fact, one of the fastest growing sectors of our local economy is the service industry where workers young and older alike are treated unfairly in the workplace and are paid poverty wages.

In the US, the movement of fast food and retail workers surged in 2014 with campaigns demanding a $15 minimum wage and state-legislated paid sick days, better scheduling and hours, and the right to join unions. In Ontario, the Campaign to Raise the Minimum Wage was launched in March 2013, with communities across the province demanding a $14 minimum wage. Faced with a precarious economy, poverty wages, and a growing social movement across North America, We Are Oshawa made the decision to join the fight for decent work for all!

Here are some of the demands of the Fight for $15 and Fairness campaign:

- $15 minimum wage, no exemptions
- Full-time, permanent work with adequate hours for those who choose it
- 7 days paid sick leave each year
- 3 days paid vacation
- Fair schedules at least 2 weeks in advance
- Job security for workers when a business changes ownership
- Make it easier for workers to join unions

We have been working hard all summer, bringing the campaign to the the doors of working class people across Oshawa. To date, we have collected over 1200 signatures for the Fight for $15 and Fairness petition. To end the summer, We Are Oshawa is hosting a Fairness Forum on Wednesday, September 21 at 6:30PM at Valleyview Community Centre (81 Gladstone Ave, Oshawa). Click the graphic below to RSVP for the forum.

Speakers and performers include spoken word by the Socialist Vocalist, Mohammad Ali; Deena Ladd from the Fight for $15 and Fairness campaign; and local community activist and former President of CAW Local 222 Mike Shields.

This is where you come in -- if we are going to lift every worker out of poverty and win fairness in every workplace across Ontario, we need to work together. Join us at the forum as we discuss strategies to improve our working conditions and lift all workers in Ontario out of poverty. 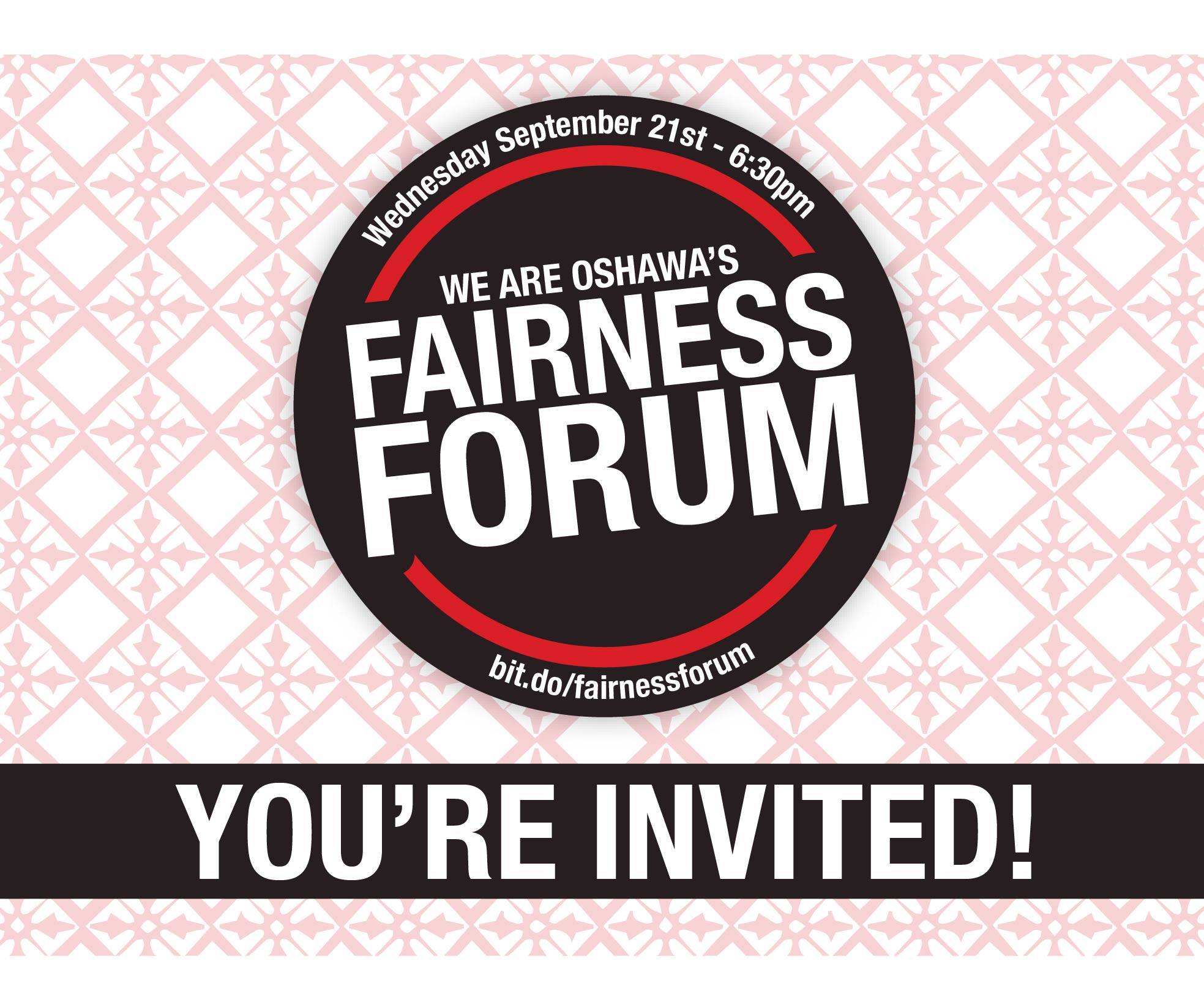