The Green New Deal is a campaign to confront the climate crisis and win a Just Transition for a new economy. If we want to address the climate crisis, we must also address the economic and political systems that brought us the climate crisis by prioritizing private profit over the public good. This means putting an end to corporate power and forcing governments to invest in sectors of the economy that are both low-carbon and socially valuable. In Oshawa and Durham Region, We Are Oshawa believes this transition should have zero-fare transit at its core.

Transit is a public good and a zero-fare transit system is an important step in building an economy that benefits everyone. Transit fares effectively operate as a tax on low-income people, who are more likely to use transit in general and to pay for single trips rather than transit passes. Since transit is such an important public good, demands around transit can build a broad coalition of people around the needs of the working class. This can be seen in CUPE Local 2’s recent statement calling for free transit and mass strikes and protests against the Ford government’s dismantling of essential services. The timely necessity of combating climate change allows us to emphasize just how unacceptable the status quo is. Bold campaigns on issues such as zero fare transit can reach students, folks who are under- or unemployed, and working class people and bring them into the fight for climate justice. In doing so, we can create a new paradigm and a movement for broader changes in line with a Green New Deal.

We have already felt the impacts of climate change. Right now, we have the option to lessen those impacts in the future, or to allow global temperatures to increase beyond 2°C and face things such as water shortages, rising sea levels, increasing natural disasters, mass extinction, and more severe heat waves. After centuries of genocide, land theft, dispossession and colonization, it will be the same people off who’s backs global capitalism was built that will also bear the brunt of the worst impacts of the climate crisis that has been created by global capitalism. We must build new networks and coalitions of oppressed peoples that have the power to replace capitalism with economic and political systems that are controlled by the many, not a tiny cabal of billionaires and the multinational corporations they control. These struggles necessarily need to be forged in communities on local issues that can capture our collective imagination about what a just, new world will look like.

For our part, We Are Oshawa believes zero fare public transit is a critical component to any Green New Deal in Oshawa and Durham Region. 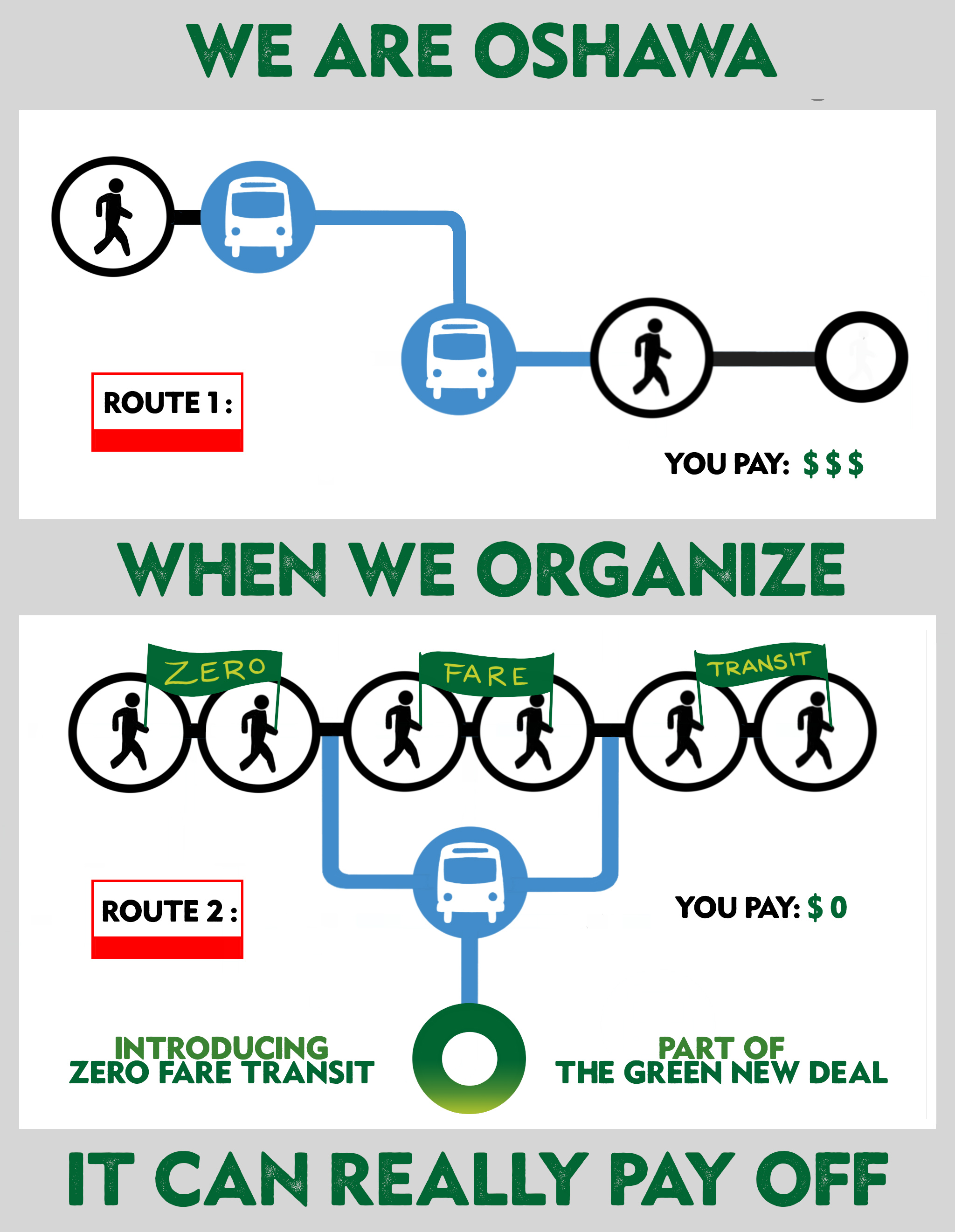