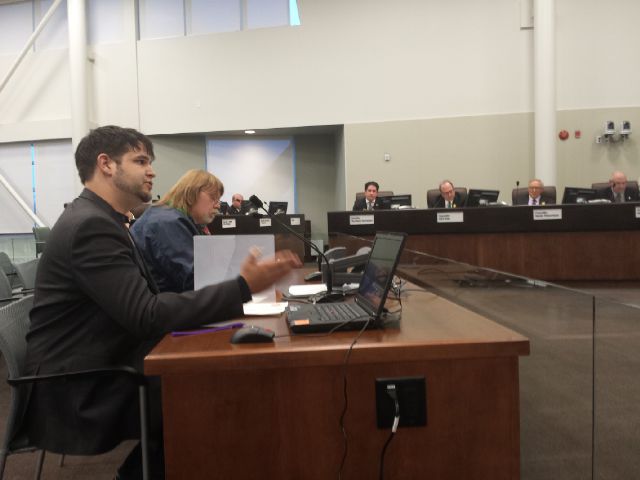 OSHAWA (April 29th, 2014) – At Monday’s Oshawa Council meeting, members of the We Are Oshawa Executive Committee, Jesse Cullen and Jim Freeman, presented a delegation asking Oshawa City Council to call on the Harper Government to maintain door-to-door mail delivery and protect good paying jobs in our community.  We Are Oshawa, a grassroots, non-partisan citizens’ action group, organized a canvassing blitz on April 12 and 13 which garnered 383 signatures opposing the cuts to Canada Post postal services.

Council unanimously passed a resolution directing city staff to send a letter to the Honourable Lisa Raitt, Minister of Transport, to inform the Minister that the City of Oshawa supports the current system of residential door-to-door delivery and called on the federal government and Canada Post to conduct consultations with Canadians about the kind of postal services they need.

“Replacing residential door-to-door delivery with Community Mailboxes would be especially hard on seniors and people living with disabilities and could undermine their ability to live independently,” said Jesse Cullen, spokesperson for We Are Oshawa, adding, “That's not fair and it’s not right.”

These proposed changes would also result in the loss of good paying jobs in our community and would entail the downloading of costs and liabilities to local governments, such as lighting, snow removal, and policing related to vandalism and mail theft.  Canada is the only country in the G7 to propose end of door-to-door mail delivery.|