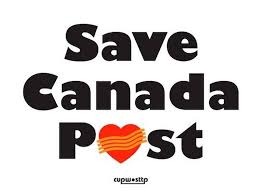 OSHAWA – In late April, We Are Oshawa presented a resolution to Oshawa City Council in opposition to the planned cuts to Canada Post. Council unanimously adopted the resolution and forwarded it to other municipalities and our local Conservative MP, Colin Carrie. Colin Carrie responded with a letter to Oshawa City Council in which he condescendingly reminded council that Canada Post is an “arms-length Crown Corporation, and is solely responsible for its operations, including business and financial decisions.” He also points out that two thirds of Canadian households do not receive mail delivery at home and that taxpayers should not be expected to subsidize home delivery.

Here are the facts:

We Are Oshawa spokesperson, Jesse Cullen, says Colin Carrie’s letter shows how divisive and negative the Conservatives have become. “Up until very recently, my family and I lived in an apartment building and we did not have home delivery. However, I was still an advocate for door-to-door delivery because, like most Canadians, I was concerned about the impacts these cuts would have on other people in my community.”

The proposed cuts would leave Canada as the only country in the G7 to end door-to-door mail delivery. At a time when we should be investing in good public services and good jobs, Colin Carrie and the Harper Conservatives are engaging in reckless cuts. That’s not fair and it’s not right.